Cardinals are known by a few names such as cardinal buntings and cardinal-grosbeaks, are songbirds or Passerine birds that are found in both South and North America. 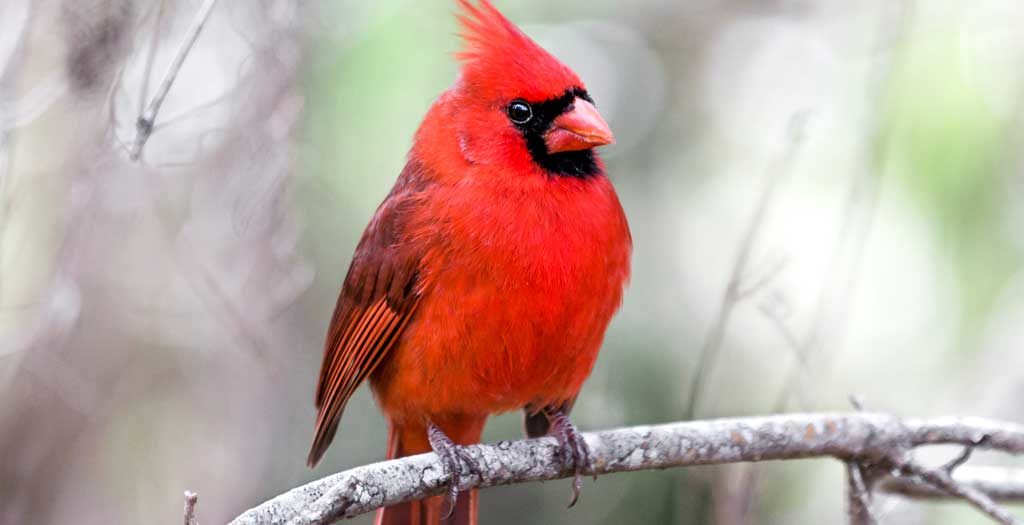 They eat seeds and therefore have very strong beaks that are used to crack open the seeds. They are really hardy little birds.

The size of the average cardinal is roughly 4.7 to 9.8 inches in length.

What Do Cardinals Eat

If you want to know what cardinals eat then you won’t be too surprised to find out that a large part of their diet includes seeds and fruit.

A cardinal will spend a lot of its time foraging and flying from plant to plant finding food.

Additionally to get the water that they require they will go to garden fountains, streams and fresh ponds to find the water they need.

Normally a cardinal likes to stay roughly 15 feet above the ground where they can eat from seed-carrying plants and berry-bearing bushes.

Males and females are very different in their characteristics. A male Northern cardinal has a very vivid red crest that makes them stand out compared to their female counterpart.

It was their red chest that got them their name in the first place as it looked like a Catholic cardinal’s mitre.

The good thing about these birds is that they are not on the endangered list and are doing very well.  However there are some types of cardinals that are considered to be near the threatened list and hopefully this will be solved in the near future.

And then the Northern cousins prefer to eat:

If you are a person that likes birds and would like to feed cardinals you must know they these are birds that like to mostly feed from the ground but would rather like to sit on a perch and eat from a feeder.

Some of their favorite seeds include safflower seeds and sunflower seeds.

Other Things You Can Feed Cardinals

Other things that cardinals do like to eat is insect even though this is often overlooked.

Such insects they will eat include:

If you ever come across a cardinal that has fallen from its nest you can give that cat water mixed with dry cat food as well as tinned cat food and tinned tuna, salmon or fish.

Remember to not forget to give your cardinal fresh supply of water.

Cardinals do like to visit birdbaths all year around and like to have fresh water to drink.

It is a good idea if you live in the colder climates that put the birdbaths in a sunny spot or near an outdoor heater in order to keep the water from not freezing over.

Another good idea for the summer times is to have a waterfall or a small fountain to attract cardinals to your bird feeder.

Cardinals enjoy the source of clean water that is relatively warm.